A place to spotlight my friends and their work.  Each week, I'll choose an author friend and one of their books.  I'll share reviews and links and maybe nifty tidbits/trivia.

This week I want to spotlight Margaret Atwood, author of own of my favorite novels, The Handmaid's Tale.  I read this 3 decades ago, and it left me chilled.  These days it seems almost prophetic.  The theocracy and subjugation of women described is too real a threat right now.

Her other books aren't quite so dystopian and frightening.  Her latest Hag-Seed promises to be interesting and entertaining. 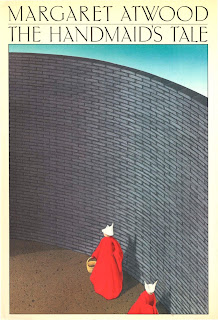 This week's spotlight features Kevin Hearne.  I'm pretty new to his fanbase, only having started reading his Iron Druid series a little over a year ago.  However, I am now solidly Team Oberon.  I have devoured every book and short story in this series and anxiously await the next installment.
Kevin writes with lots of humor and a pretty solid grasp of various mythologies from around the world.  I often find myself looking up references and discovering new information (a distinct pleasure for me). 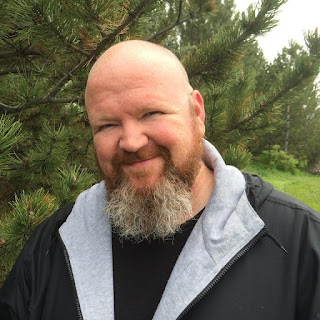 This week's spotlight focuses on Rumer Haven.  I'll admit I've not been a fan long, but only because I've only just recently heard of her.  During a takeover on an author friend's Facebook page, I won an autographed copy of her novel Seven for a Secret.  Right now I'm about halfway through and am enjoying it quite a bit.  Rumer switches between the modern era and the Roaring Twenties.  I'm impressed with the way she captures the feel of the 1920's; I have no trouble envisioning the characters and their surroundings.

Rumer's stories have a "penchant for the past and paranormal".  Seven for a Secret is a ghost story (which are my favorite kinds of stories).  I'm looking forward to exploring her other books soon. 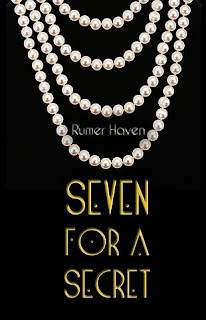 Today we spotlight Ali Hatman-Shadow Reynolds.  Ali is a seeker who has found the end of the rainbow…twice!  He continues his journey through writing.

In the beginning in was a poet with a taste for darkness. As my poems got longer and longer they would blossom into short stories. In my early twenties, I fell into a deep depression and writing was my way out. In 2005, January, I began writing by August of the same year, I had written 200 poems and 6 short stories. In doing this I accomplished two things : one I successfully wrote myself out of depression and two, I had nothing else too say for three years.

In 2008 I had become disillusioned with my job as insurance company grunt. I  quit my job and left town to find myself. Little did I know, this was the beginning of the path. I’d was a leap of faith. I took a job in Baton Rouge as a traveling salesman and set off to see new things and meet new people. That lasted for about two months. I had to come back to Birmingham to handle some important business. After that I became an event security guard for a company that lead me to Bonnaroo. It was a total blast in many ways but mainly because it allowed me to see yet another side of human life that I had never experienced.

Many small time jobs followed that. Eventually it all led to the writing of draft one of The Path in 2013. Then it was called The legend of Vincent St.Cloude. I did not do anything with it until 2016 when life saw that it was time for me to stop editing it and let it fly. A good story is like that. You never really want to let it go.

My favorite quote is : “Sometimes you just gotta jump. Landing is the easy part, anybody can do that but it really takes nerve to make that leap…” that is an indirect quote from the show Dead Like Me.

Next year I plan to release another book.

I had the pleasure of editing his book, The Path.  It's not typically the sort of thing I read, but I got hooked while editing.  The Path is the first in a trilogy; I'll be looking forward to the next installment of this story.

I apologize for missing last week's spotlight. Much happening at home (0_o) including publishing my own short story (shameless bid for sales).  Tune in next week when I spotlight an author with his very first book just released!

Today's Spotlight focuses on Debra Anastasia, author of the Poughkeepsie Brotherhood and the Gynazule series.  I've just finished her latest book, Booty Camp Dating Service which had me up reading late into the wee hours of morning.  There were some tense moments for me when I tried my damnedest to keep from howling with laughter and waking the rest of the household.  Debra's comedy romances are some of my favorites.  She writes with a snarky vulgarity that tickles my funny bone every time.

From her author's page on Facebook:
"Debra Anastasia is busy, just like every other mom. There's dinner, the dogs, the two kids, and her violent IBS. Her first love and crowning achievement is her thriving career as the weirdest mom on the block.

Her writing started a decent handful of years ago when--along with the animals and humans in her house--the voices of characters started whispering stories in Debra's ear. Insomnia was the gateway to plots that wouldn't give up, wouldn't let go. Now they stalk her everywhere. Halfway through making lunches, a twist takes hold and--fingers full of peanut butter--she finds somewhere, anywhere to write it down.

She's eternally grateful to Omnific Publishing, which has now published four of her books: two in the Seraphim Series and two in the Poughkeepsie Brotherhood Series, as well as her novella, Late Night with Andres. That one is special because 100% of the proceeds go to breast cancer research. (So go get it right now, please!) She also very much appreciates her open-minded readers, who embrace everything she has to offer, with a focus on anti-heroes and bathroom humor." 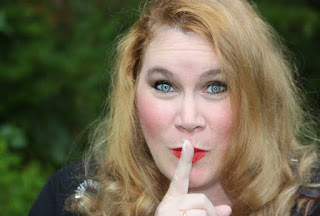 This week's spotlight features Nancee Cain.  It's no secret that for years I eschewed reading romance novels as antithetical to my feminist mindset, having an unhealthy taste for Barbara Cartland as a teen.  However, Nancee and Jill Odom, both dear friends of mine IRL, have lured me into a more modern world of romance where the stories are far less sexist and trite.

Today is the release day for Nancee's second novel, Tempting Jo.  Like her first novel, Saving Evangeline, Tempting Jo features a guardian angel.  This time, he faces a devil with the title character Jo between them.

Nancee writes with a sense of humor and acute insight.  She may be too lazy to do research (by her own admission), but she's darn good at it.

From her media packet:

During the day, Nancee works as a counselor/nurse in the field of addiction to support her coffee and reading habit. Nights are spent writing paranormal and contemporary romances with a serrated edge. Authors are her rock stars, and she’s been known to stalk a few for an autograph but not in a scary, Stephen King way. Her husband swears her To-Be-Read list on her e-reader qualifies her as a certifiable book hoarder. Always looking to try something new, she dreams of being an extra in a Bollywood film or a tattoo artist. (Her lack of rhythm and artistic ability may put a damper on both of these dreams.)

Fun facts about Nancee:
I detest talking on the phone.
I don’t like heights.
Being a mom is the best thing EVER.
I can roll my tongue.
I hate pineapple and coconut but love cilantro and mushrooms.
Regency romances are a favorite genre to read, but I’m too lazy to do the research.


Atticus in Tempting Jo is based on my mean old cat, Snowball. He’s named for Atticus Finch. To Kill a Mockingbird is one of my all time favorite books.

Today's Author Spotlight focuses on Morgan Daimler.  To be honest, I've only discovered her writing this past year.  And I am HOOKED!  I'm not so patiently waiting for her to finish the 4th installment of her Between the Worlds fiction series.  However, with all the excellent choices among her non-fiction work, I have plenty to keep me busy while I wait.  Morgan is also my go-to on fairy lore, having written 2 non-fiction books on Fairy Witchcraft.  Her in-depth research and her writing style makes her translations of Irish texts and books on the Morrigan and on Irish paganism popular among the veteran Celtic scholars as well as valuable resources for those of us still wading in the kiddie pool of Celtic paganism.

Nifty trivia about Morgan:  She used to be an emergency medicine technician (EMT). 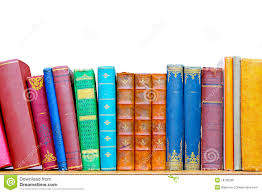 Welcome to the inaugural post on my Thursday Author Spotlight page.  It's been difficult to choose just one author for the first post, but I finally did it.  Today I'm featuring Shei Darksbane, author of the Auralight Codex series.  Shei published her first book, Awakened (Auralight Codex: Dakota Shepherd #1) just a year ago.  Shei lives in Alabama with her wife and daughter and her writing buddy and all-around mood lightener Toki Warpup.  Geek, gamer, artist, activist, author, mother and wife, Shei is passionate and determined.  I've been honored to watch her writing career blossom and grow. 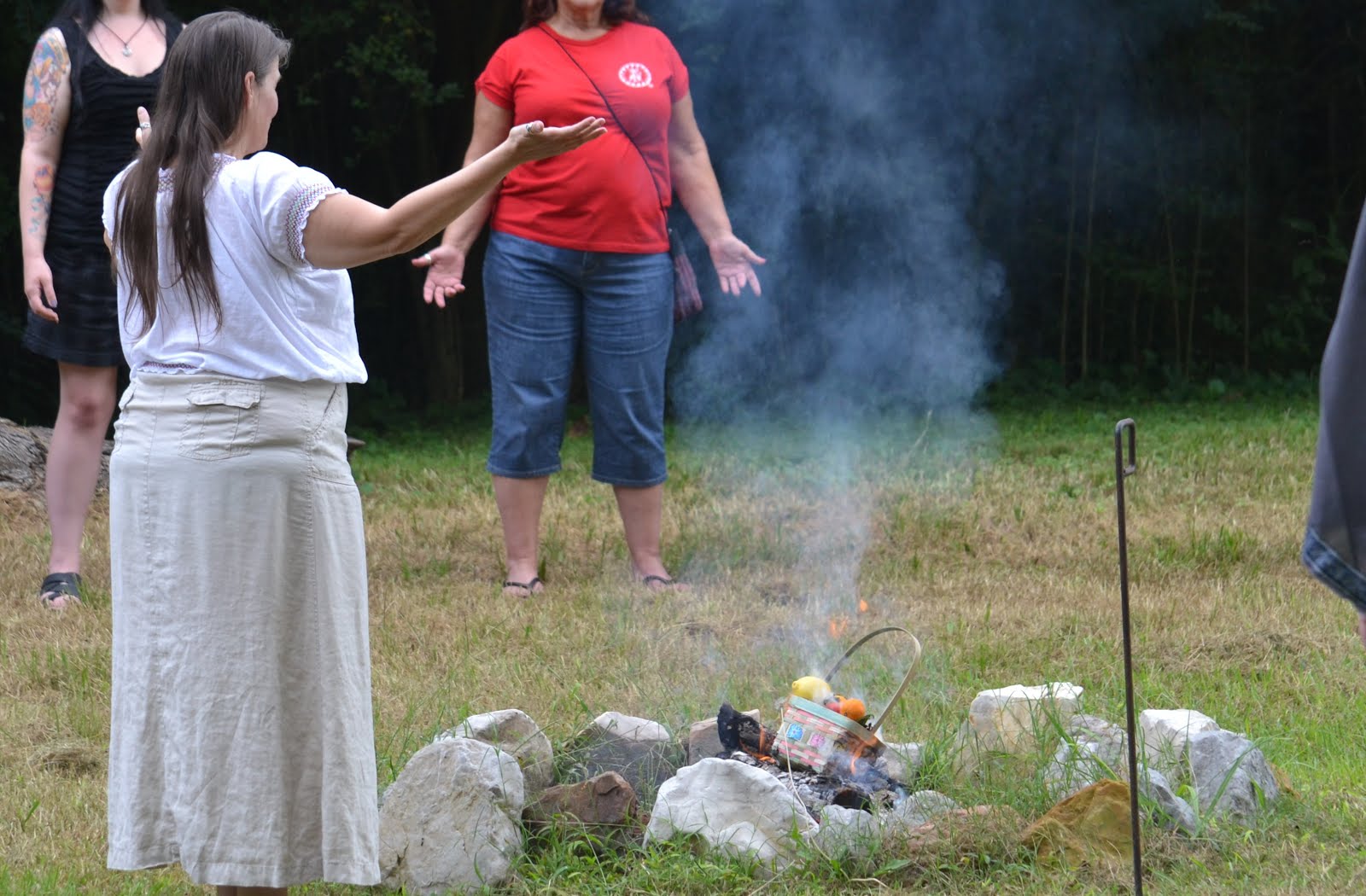